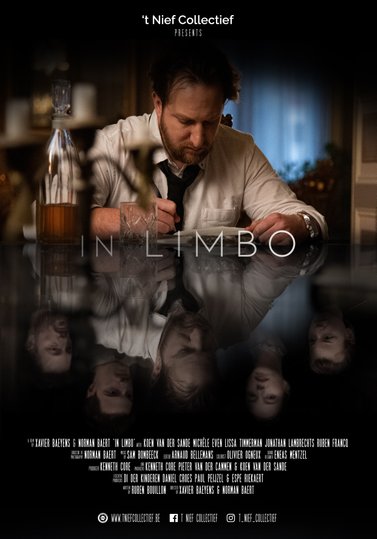 'In limbo': the unknown, the elusive. The hollow emptiness of nothing.

‘In Limbo’ tells the story of Simon, who’s faced with a gut-wrenching choice. The phone rings. His decision carries an enormous weight and has the potential to be literally life-altering, life-saving or perhaps even condemning. Receiving aid from an unexpected corner, a mental struggle commences which threatens to overwhelm Simon completely. All hell breaks loose.

Will Simon remain ‘in limbo’ forever?

In a nutshell, this is a story about connection between a father and his son, or the lack thereof, in which isolation and psychological suffering are central themes. An exciting and intense psychological thriller which will take you on a wild rollercoaster ride in which questions will arise and answers will remain elusive.

A combination of drama, action, dialogue and fighting.

’t Nief Collectief has developed their first and very own short film ‘In Limbo’. This venture originated from the actors tells a story that is hauntingly true to its time and touches on a theme that we are unable to ignore any longer: psychological health or welfare… and suffering.

TNC – short for ’t Nief Collectief – saw the light at the beginning of the first Belgian lockdown in March 2020. During a six-month period the five actors have gotten to know each other better, have brainstormed ideas and have sought a common voice. October 2020 marked the month in which TNC officially became an acting ensemble or collective. From that moment on, they decided to not waste a good crisis: “Let’s not sit idly by but rather seize this moment and treat it as an opportunity to show who we are and to embrace our passion for acting and storytelling. Let’s persevere, grit our teeth and find the connection with others by realising our first short film project.”

During the concept phases one shared field of interest presented itself: psychological or mental health. A topic that in this day and age, through social isolation (partially due to the pandemic), has never been more relevant. This created a staging area for interesting challenges regarding the work, distinct characters, interesting dialogues and socially relevant content all around. It was the foundation for ‘In Limbo’.

This proved to be, combined with unbridled enthusiasm and passion emitted from the ensemble, a very attractive concept. In a very short time a production team had formed around them that was not only very talented, but awesome and motivated beyond belief. Each of them was willing to add their talents and skills to the project voluntarily. This all resulted from a similar motivation that could also be found within ‘t Nief Collectief. ‘In Limbo’ is thus the result of hard work from a team, an amazing group of people, that truly believe in what they have created together. It was this belief and passion that made it possible to go from concept to finished product in little over 6 months.

In every stage of the process – from the plot, production-related preparations, the shooting, the post-production – TNC has been involved. The acting collective, the ensemble, could rely on the sheer motivation, will, passion and determination of an experienced, well-rounded, and professional crew.

’t Nief Collectief and all ‘In Limboans’ are really looking forward to releasing the project, to unleashing this beast of a film to you and to the world. 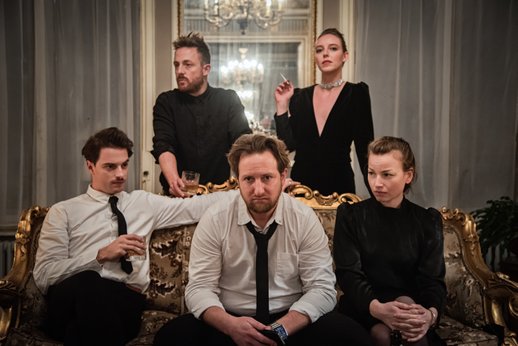 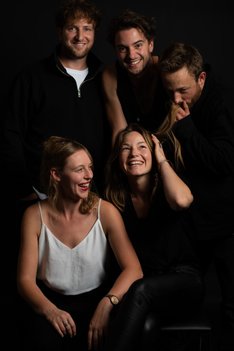 With our entire ‘In Limbo’ team and sponsors, we were able to support  Te Gek!?, as ‘In Limbo’ acknowledges people who suffer from psychological conditions and issues. Through our film we were able to help ‘turn heads to a cause’.

As you can see from the shoot, we were thrilled to hand over a €600 cheque in order to support their charitable cause, knowing ‘In Limbo’ is a low-budget film production.

We are, to this day, utterly grateful that ‘Te Gek!?’ was willing to take a leap of faith and support us and our movie on how to create awareness about this sensitive topic.

‘Te Gek!?’ turns heads towards a cause.

We met our go-to, top-notch photographer Jan Gitanes through a small add online. He was looking for creatives to pose for him trying to visually express their feelings on the Covid-pandemic.

As our film deals in some ways with similar topics, we were quick to contact him. Therefore we had our first TNC shoot in his studio . Of course we asked Jan to be present on set of 'In Limbo' to shoot some nice behind the scenes footage. Needless to say he became our in-house photographer. The rest is history.

Click on the photo for some ‘behind the scenes’ glimpses.